Castle Rock Demographics - Our Community is Trending up, up. We are Dynamic and Vibrant.

The Castle Rock Community is much more than a bunch of facts and figures, but that's a good place to start.

Find out why so many are proud to call Castle Rock home. 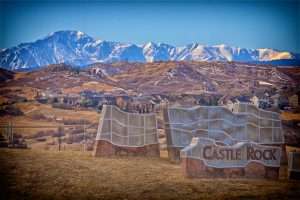 While just outside the Denver metro area, Castle Rock has its own historic downtown and economic vibrancy. Its affluent population creates a stable demand for convenient goods and services – and a ready source of skilled workers. The town has a broad spectrum of office parks, retail centers and commercial properties, while still offering development opportunities in order to meet future needs as Castle Rock’s business community grows.

Let's Explore some of the Castle Rock Demographics!

Castle Rock’s residents are among the most educated in the United States.