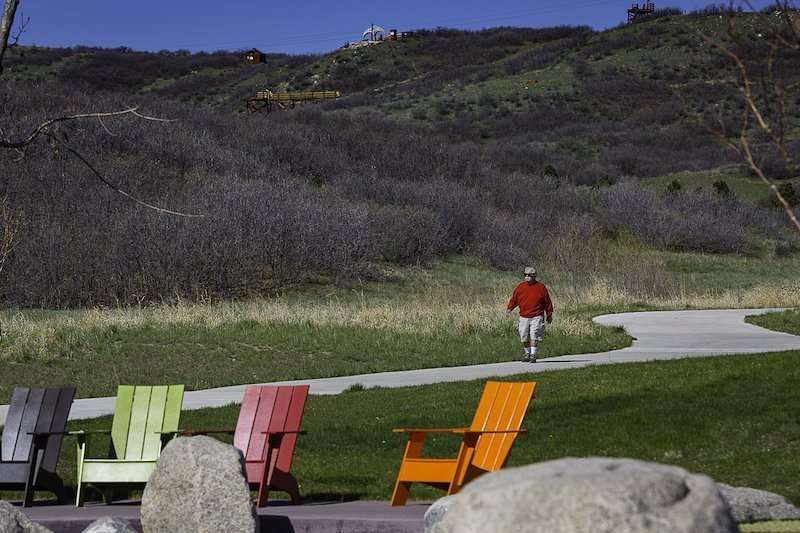 Benefit from the Ample Open Space at Miller’s Landing

Research has consistently shown that open space provides a host of benefits to individuals and communities. For years, cities and communities of all sizes across the country have embraced the concept of open space, both as developed parklands for recreational use and more open, natural areas.

Recently, commercial developers have started to embrace the concept as well. At Miller’s Landing, a new multi-use development in Castle Rock, CO, we’ve kept open space a priority in our plan’s design, including a regional trail that will connect the development to Philip S. Miller Park, the region’s top outdoor recreation park.

The new town center at Miller’s Landing, supported by offices, retail and restaurant options, a resort hotel and conference and meeting space, includes large parcels of open space for recreation and rejuvenation. It’s a far cry from the packed, congested concrete canyons of downtown or bland, soulless office parks.

In a blog post titled The Health Benefits of Small Parks and Green Spaces, the National Recreation and Park Association outline a host of benefits offered by open space. These include:

Business Insider has also covered the proven benefits of open space. In a blog titled 11 Scientific Reasons You Should Be Spending More Time Outside, they outline how open space benefits both individuals and business, all backed by scientific research.

According the Business Insider, the benefits of open space include:

A New Kind of Development

Castle Rock is a popular and growing community in the south Denver metro area. Located on the I-25 corridor, it offers the charms of a small-town community with easy access to big city amenities in Denver.

Open space is a priority at Miller’s Landing. We offer plenty of area to get outdoors, relax and meet with others. Miller’s Landing also offers easy access to 300-acre Philip S. Miller Park via a walking and biking trail. The park is the area’s premier outdoor recreation park. It offers nearly eight miles of interconnected single-track mountain bike trails, a zip line with 10 lines connected to the park’s ridges, a 178-foot, 200-step challenge hill and a 40-foot climbing wall.

In addition, the park is home to an outdoor amphitheater, the Millhouse events center, a 2.5-acre adventure playground and a plaza for picnics and group gatherings. It also offers sports fields, an indoor aquatics center, a golf simulator and indoor batting cages.

Unlike the bland office parks of yesterday or the crowed offices of downtown, Miller’s Landing offers a walkable, easy to access town center environment with stunning views of the Colorado Rockies.

We’re building an exciting future. Join us and be a part of it.

Holiday shoppers are geared up and ready for the holiday season; consumers are feeling cautiously optimistic about the impending holiday shopping season which bodes well …

Read More →
PrevPreviousWhat is the Future of Coworking?
NextCommunity Involvement is Key at Miller’s Landing Next